At Echoing Green, we know that sustained social change comes from listening to the perspectives of leaders who design solutions from a place of lived experience and proximity. Actively listening to and learning from those directly impacted by injustice, and then doing everything we can to support their success, is key to Echoing Green’s work. That’s why we launched Black Innovator Talks, a panel series featuring perspectives from social justice leaders from across the United States.

Launched in February 2020, these events delve into the important intersection of innovation and Black futures and center the role of racial equity in building a fair and just world. By bringing social entrepreneurs together with other leaders in the tech, media, and social and racial justice sectors, Black Innovator Talks make inroads toward collectively reimagining systems and movements to be the solutions our society needs.

“I created and launched Black Innovator Talks as a platform for our Black leaders to collectively showcase their power and impact,” said Brennan DuBose, Echoing Green’s Black Male Achievement portfolio manager. “Now, more than ever, these types of platforms and conversations are needed as we move forward into what I hope is an equitable future for all.”

Takeaways from Black Innovator Talks: Where We Go From Here

Stemming from both recent conversations sparked by the current movements toward racial justice in the U.S. and beyond, along with ideas and innovations that have existed for generations, the speakers engaged in a lively discussion around re-imagining, building, and investing in Black futures and Black leaders. Watch the entire conversation below, and read some of the themes that surfaced. 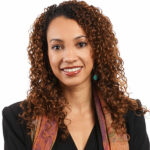 Gina Clayton-Johnson, founder of Essie Justice Group: We actually are in possession as a people of futures that have been architected that have not yet been realized. I think about the Black Panther Ten Point Program—we’ve had that. That’s been a future that we just need to get behind and realize. We have the Combahee River Collective Statement. Black feminists who have said the mantles of racism and sexism and capitalism and homophobia—we need to dismantle all of that. We’ve had that already in our possession. I think sometimes people come into these movements brand new and during these inflection points, which is useful. There are periods of absorption, and we want more people to come to the table. But I think that it’s also important for people not to feel like they need to reinvent the wheel. Let yourself sit inside of traditions that have already been rich with answers. 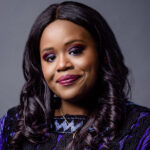 Black Communities Should Own Black Data

Yeshimabeit Milner, founder of Data for Black Lives: 90 percent of the world’s data was created in the past 20 years. So the question for us is, “What kind of data? Is the data accurate? Is it valid? Is it ethical? Is it non-racist? How do we ensure that the data is useful?” We’ve been thinking a lot about data governance. For example, a lot of these genetics companies that have taken advantage of the fact that Black folks want to know where they’re from. The genetics data from the tests has been often sold to pharmaceutical companies, but it’s not being used to address health problems that are in the Black community like sickle cell and lupus. So for us, it’s how do we build the structures—data trust, data cooperatives—where we actually have control over not only how the data is collected but what it’s going to be used for. What would it look like for us to actually have genetics data that can be given to Black researchers to do research on cancer, etc.? That’s how we approach data collection. 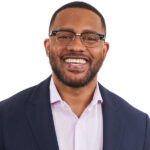 We Must Center Those Who Need the Most Healing

Brandon Anderson, founder of Raheem: When we’re framing these conversations about what is needed, the people who we need to listen to are the people who have the most growth to healing. A lot of that ended up being Black people. The U.S. spends $100 billion on policing so that we don’t have money for quality affordable housing for millions without homes. 14 million students go to schools with police but no counselors, nurses, psychologists, social workers. And 1 in 1,000 Black men are going to be killed by police every year. So the idea of who needs to be in the room and the people we need to be centering are the people who need the most healing, and a lot of times that has to show up not only in our relationship to institutions but the relationships with people in our own lives. 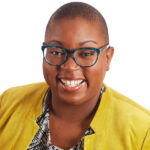 Felecia Hatcher, co-founder of The Center for Black Innovation: Black entrepreneurship is down 40 percent during the pandemic. If you have the tools, start a business because it gives you some financial independence and flexibility. Have conversations with wealthy Black people about where you should be putting your money in this moment. Investing in Black businesses, micro-investing, equity crowdfunding are all things we can literally start doing with our fingers with the money we have. Good old customer funding is the best form of funding because more than likely, it’s repeatable. I hate when people say “support Black businesses.” I don’t want your support—I want your commerce.

Excerpts have been edited for length and clarity.

The series is powered with support from the American Family Insurance Institute for Corporate and Social Impact in partnership with Echoing Green. We thank HBCU university partners Spelman College, Morgan State University, and North Carolina A&T University, in addition to our promotional partners Broccoli City, Blacktech Week, PushBlack, The CCNYC, and Twitter.